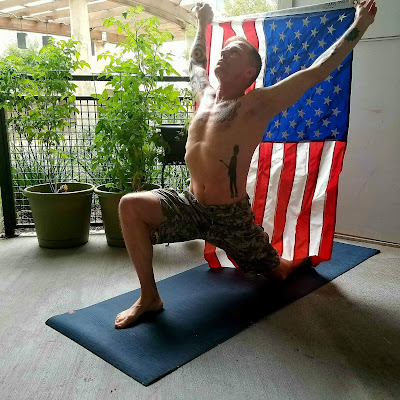 I was born on a Tuesday 50 years ago today. On this September 26th I have a few thoughts to share on a topic flooding mainstream news, this idea of taking a knee during our national anthem. Whatever side you fall on I support your right to have an opinion on the topic.  A battle over freedom of speech and expression has commenced between the president of our country, a man who never served a day in uniform in his life, and professional athletes and team owners, most of which have also never served in uniform. While I was in the Army it was a violation of the Uniform Code of Military Justice to speak out against the Commander in Chief, but now that I'm a civilian that doesn't apply. Our president has disrespected women, blacks, Jews, Muslims, veterans, Gold Star families, and a great number of other people, and quite frankly I'm ashamed we put this self-serving disrespectful piece of garbage in office.
Some of the greatest ideals of our nation are based on freedom of speech and expression, and we cannot allow that right to be infringed upon. I've risked my life on many occasions serving our country overseas in wars we are still fighting.  During that time I attended many memorial ceremonies for fallen comrades who lost their lives defending the ideals that make our nation greater than we seem to remember we are sometimes. I’ve participated in funeral details where I've carried caskets containing deceased veterans where we’ve folded and given American flags to surviving next of kin and I can tell you there is nothing more humbling than seeing a weeping spouse being handed a folded piece of red white and blue cloth; the symbol of our nation is given with utmost respect and gratitude. I’ve taken a knee many times at memorial ceremonies during peace and war as a sign of respect and reverence for the sacrifices these individuals and their families have made. For many veterans the war doesn’t stop when they return home; on average 20 veterans commit suicide everyday in our country. Stop and take a knee to ponder that statistic. We cannot forget the individuals who have put their lives on the line, and in many cases lost limbs, suffered massive burns, and an even greater number who are scarred with invisible wounds such as post traumatic stress.
Since my 40th birthday I have discovered yoga and have done my best to apply the principles of kindness, compassion, joy, and equanimity to my own life and to set an example of how yoga can help heal from the painful memories of traumatic times gone by. Yoga has helped me remain more in the present moment and to appreciate the ability to breath, to move, to let go, and to live in the now. Today I take a knee in support of our veterans and in support of freedom of expression and unity of all people. I take a knee in support of what has already made America great, for I've been there on the front lines with these people who have sacrificed so much for so long. I love my country and what we truly stand for as a people, for I truly believe the vast majority of us hold the American ideals written in the second paragraph of the Declaration of Independence as non waiverable.  “We hold these truths to be self-evident, that all men are created equal, that they are endowed by their Creator with certain unalienable Rights, that among these are Life, Liberty and the Pursuit of Happiness.”  So support them taking a knee, or not, I’ll be here spreading love, for we cannot forcefully remove darkness, we can only turn on our light and let it shine. One Love.
Posted by Jeffrey Sargent at 10:22 AM 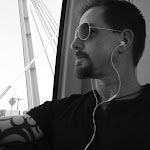